For most switches, monitor port behavior is different from that of the normal ports, because a monitor port stops accepting packets from a connected device. This means that most monitor ports will only send packets from the switch to the capture device attached to it, but drop anything coming in from the capture device. This is important for multiple reasons: a capture device is prevented from messing with the production network, which is a good idea. But it also means that as soon you configure a port as monitor port, you cannot use it anymore to talk to anyone (including the switch). So be careful not to lock yourself out by configuring the monitor port on the one single port that has an IP address for switch management (otherwise you’re going to have to go serial console mode I’m afraid, and if the switch doesn’t have one, a factory reset is probably your only option to recover the device) ;-) 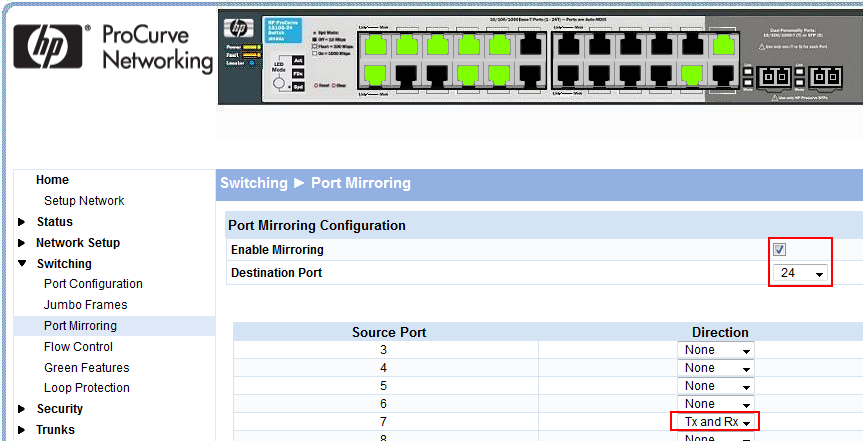