The first ever Sharkfest EU started with a keynote including all available core developers on stage with Gerald Combs, but only after the initial speech of Janice Spampinato (a.k.a. “Mama Sharkfest”):

US Sharks and EU Sharks

There’s a couple of things I associate with Sharkfest, so I was curious how the European Sharkfest would compare to the US Sharkfest earlier this year. So, Sharkfest for me means

Sharkfest EU was smaller than Sharkfest US, with a duration of only two days instead of three, two tracks of talks instead of three, and and a lower maximum number of attendees. The latter, by the way, were more than I expected because even though the limit was set to 150 we had more than 200 in the end because so many people wanted to come. There could have been even more, but at some point registration was closed for real before it got too big.

So, less sessions reduces the usual problem of “which one do I want to see more?”, but same as Sharkfest US, it was often hard to chose. There were some speakers that never spoke at Sharkfest before, and they brought topics that were also new. For example I wanted to see Kary Rogers Case Study talk which I had missed at Sharkfest US already, but then decided to go to Martin’s talk about his work on the Snort Dissector instead (sorry again, Kary!). Good thing was that Kary’s talk was filmed in the big room, so I can watch it later 🙂

Same when I wanted to see my buddy Eddi doing his SMB talk – I was in the “Developer Den” at the time, talking to the core developers about the PCAPng file format and other topics. There’s just so much to do at Sharkfest – never a boring minute. 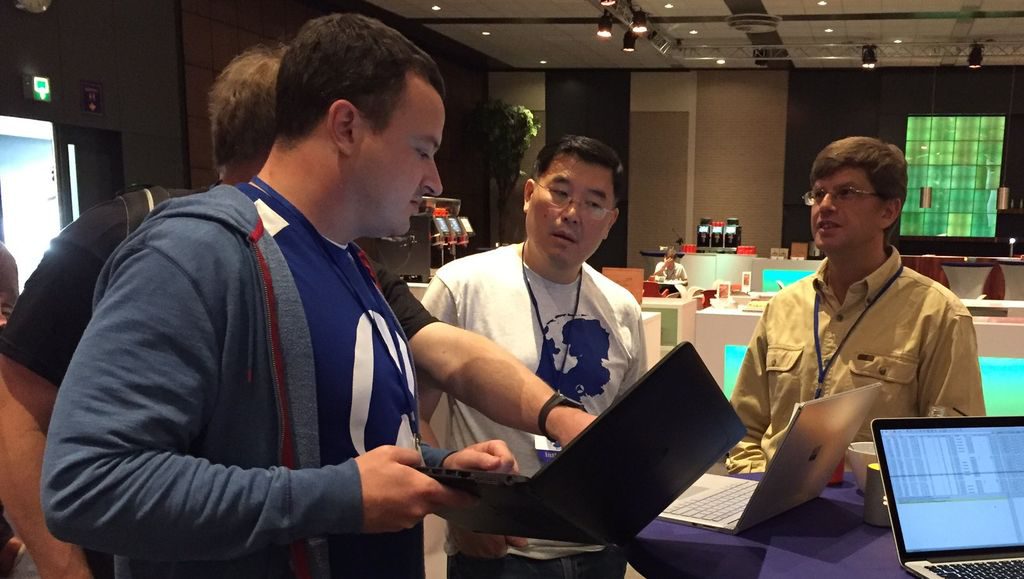 So for me, looking at my own bullet point list up there, there’s only one possible verdict: yup, this was a true Sharkfest. Everyone who missed it this time should make plans to join the next one, either Sharkfest US at Carnegie Mellon or the next European Sharkfest (unless your idea of a cool conference is totally different from mine) 🙂