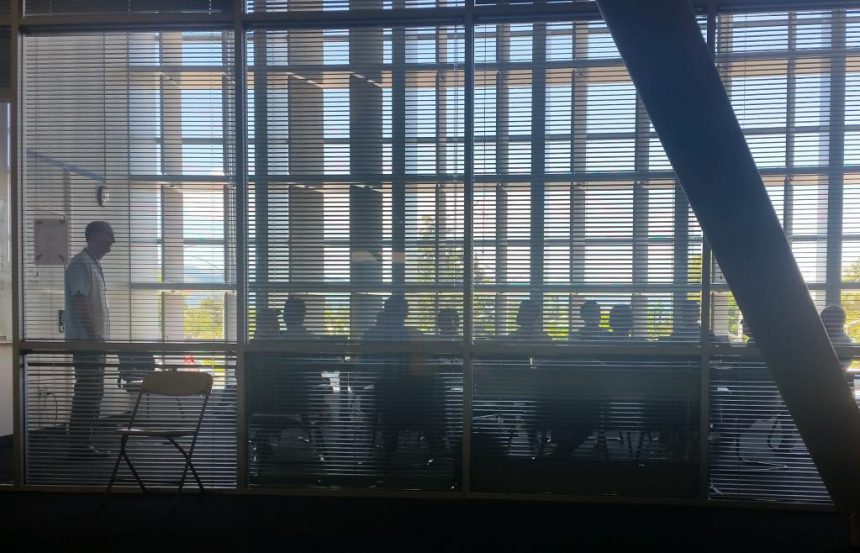 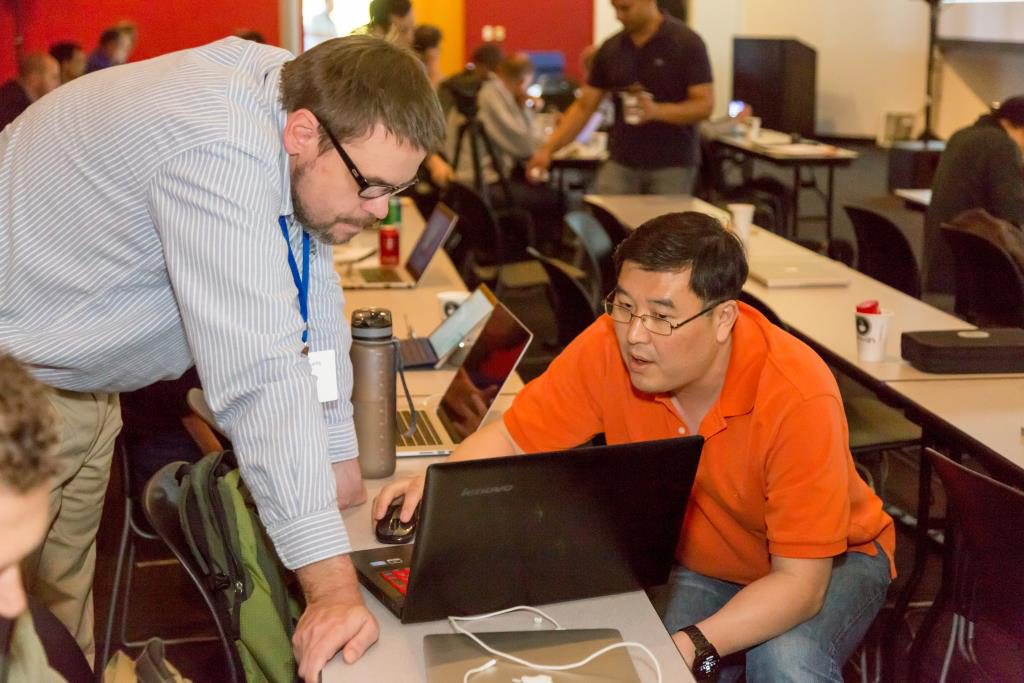 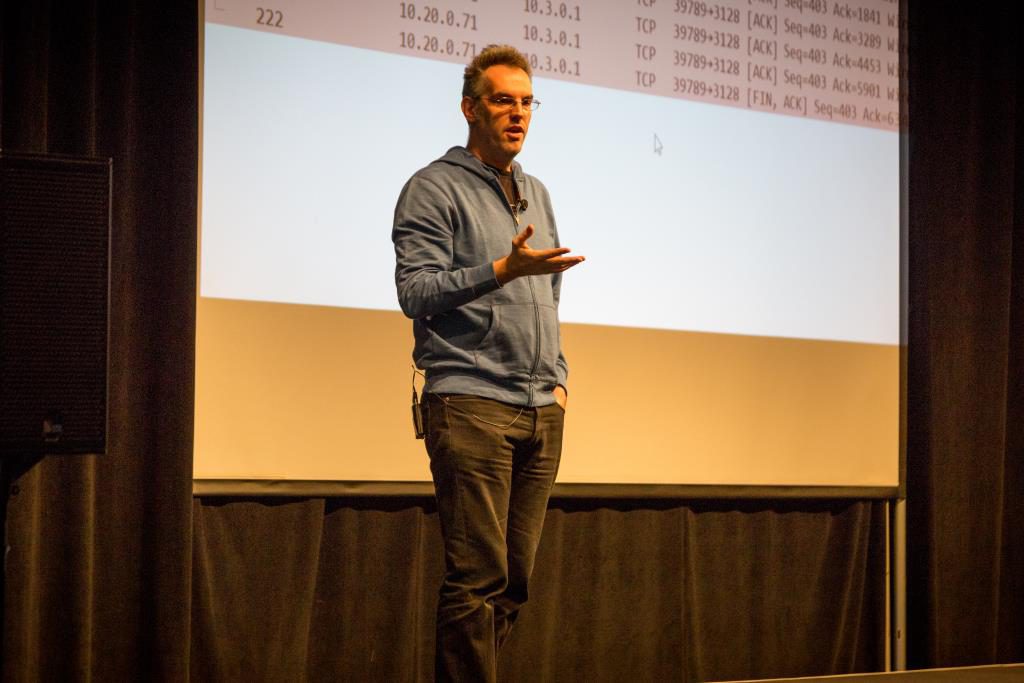 The only thing that was slightly annoying was that the stage was illuminated from above, but it was required for the video recording so I couldn’t have it turned off. It also makes all the black stuff shine in a yellowish gray on the pictures. By the way, the video recordings should be up on retrospective page by now, but as far as I know only the sessions in the Auditorium were filmed (there were 2 other rooms that weren’t). Funny story: I had multiple conference attendees apologizing to me for not being in my talk, because “they can watch it online later and go see something else in real life” 🙂 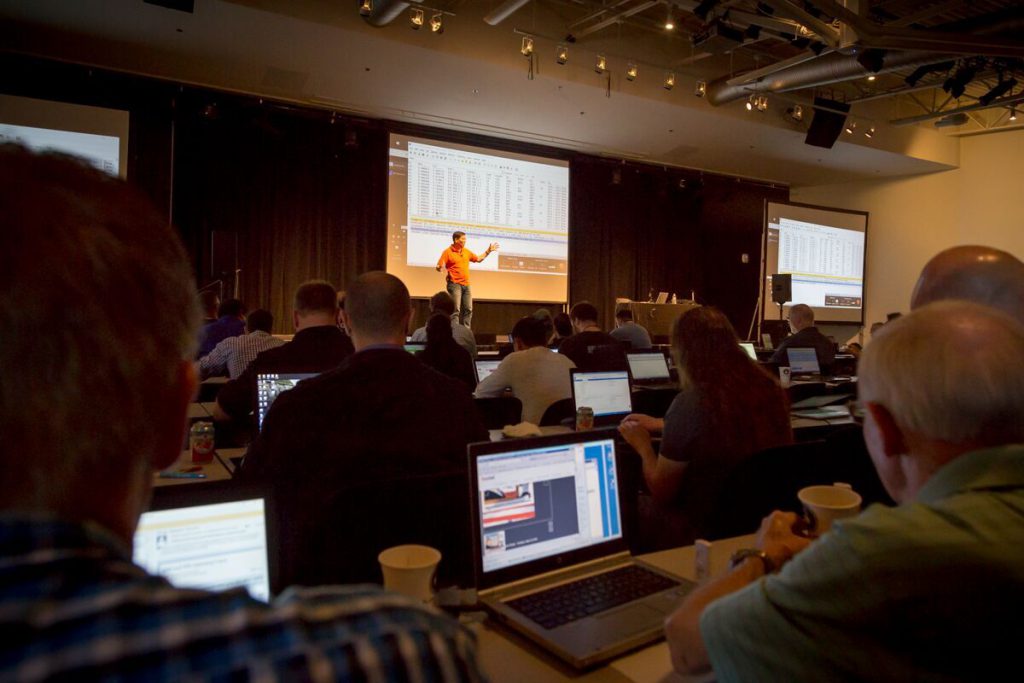 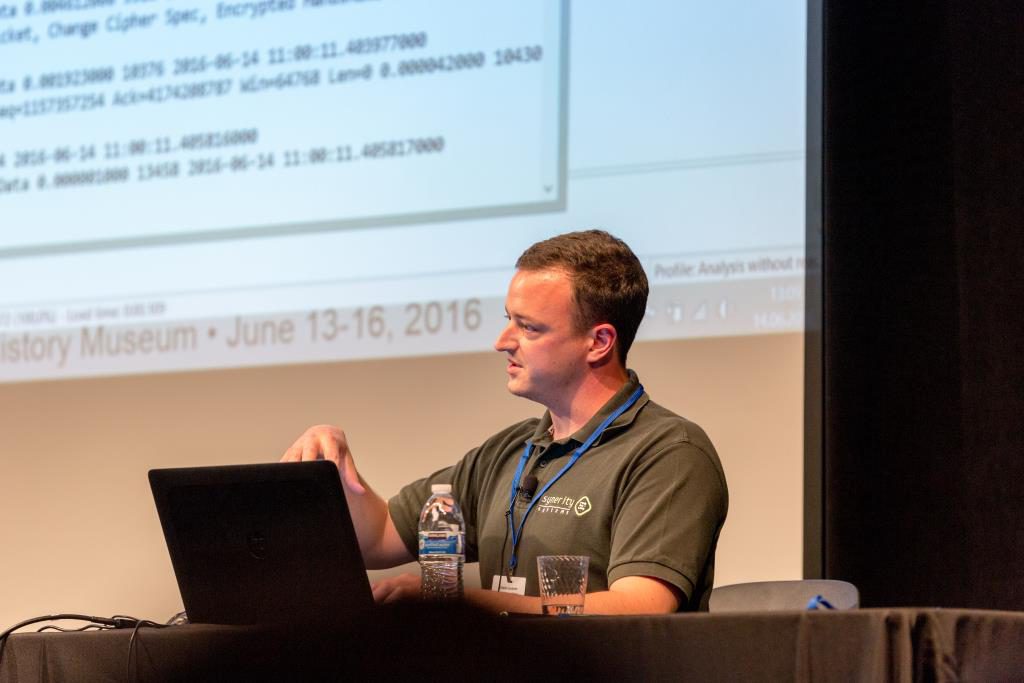 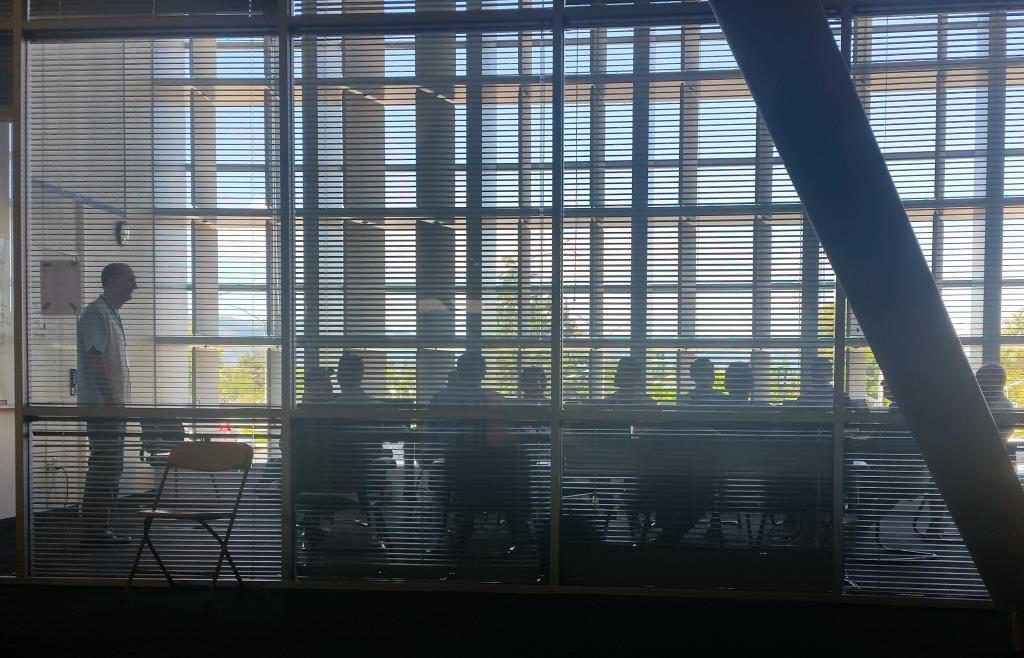 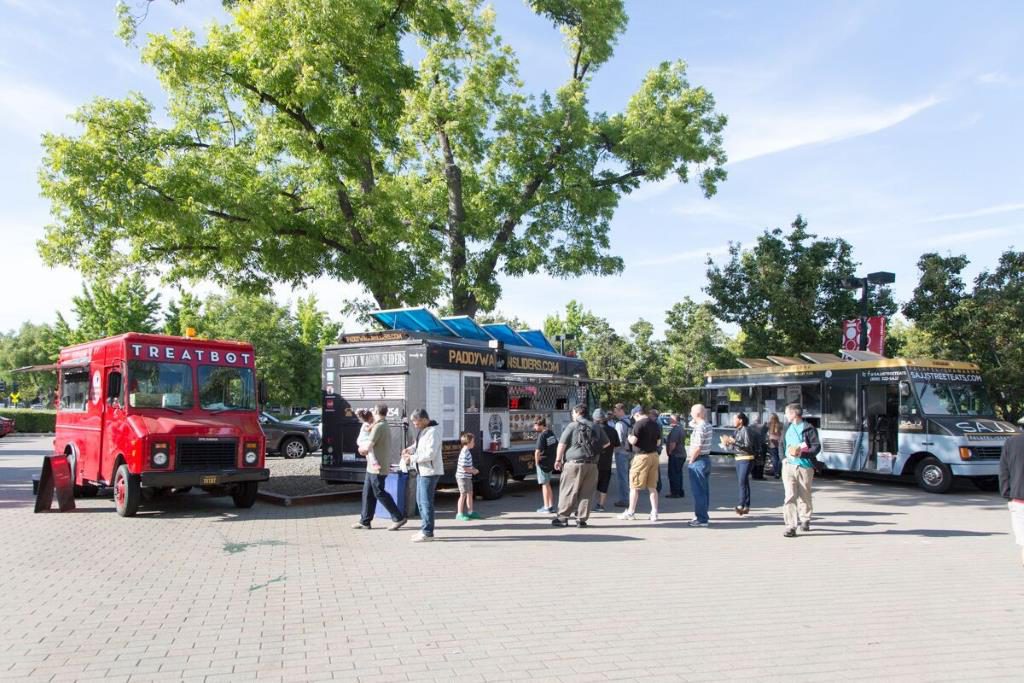 Staying at the same hotel as the Wireshark core developers turned out to be great fun – I think during that week more laptops were present in the pool area than ever before. Of course everybody was at the Computer History Museum during the conference days, but this is what looked like on the weekend before the conference started (also, some presenters creating their slide decks, of course, because they are never final until right before the talk starts, as an unwritten rule 😉 ): 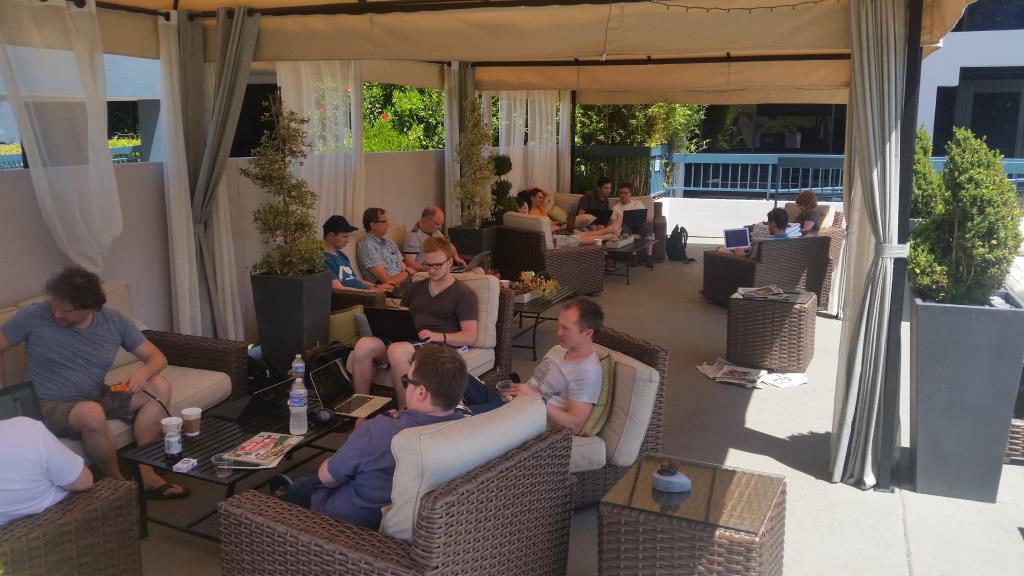 Who’s to say that you can’t look cool while developing Wireshark? 🙂 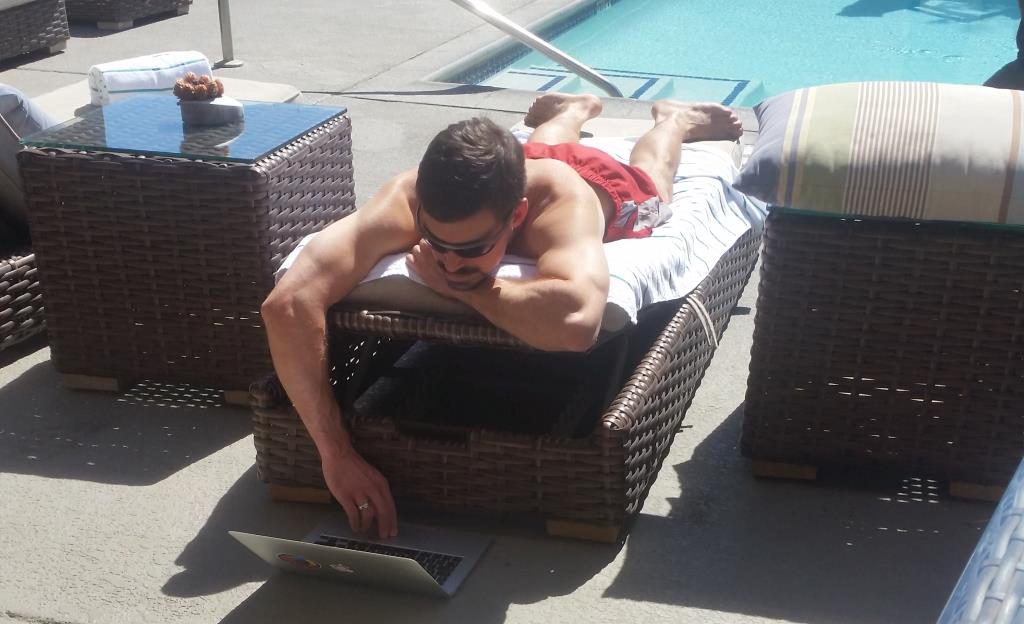 For me, Sharkfest 2016 felt extremely short – and most people I talked to felt the same. We were looking at each other like “what, it’s over already?” during the closing reception. I certain that that’s a good sign, because it means that we all had an interesting time, with not a boring minute in sight. I had many good personal conversations with presenters, core developers, attendees and staff, and it wasn’t always about packet analysis either. The Sharkfest crowd is just a bunch of very friendly and curious people, and the attitude of learning and helping each other is awesome. I remember Landi having trouble connecting his laptop to the HDMI splitter for the three HD projectors in the big hall. He needed DisplayPort to HDMI, but everyone we knew only had Mini-DP to HDMI. So he used VGA to put up a note on one of them asking if someone had an adapter for him, and in no time three people showed up to offer theirs – problem solved 🙂