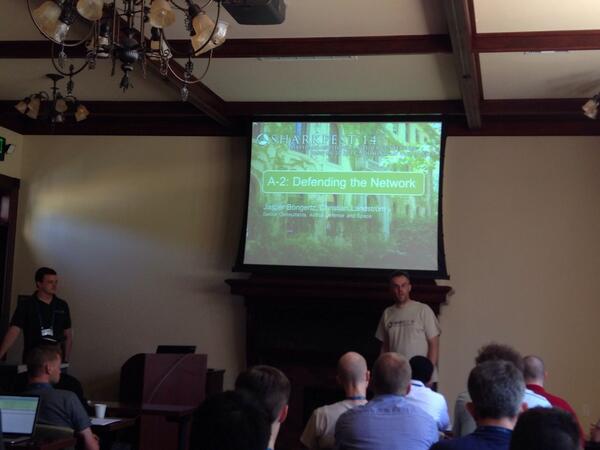 Sharkfest 2014 is over, and once again it was an amazing conference. It was probably the best of them for me, for a number of reasons:

I had three official and one ninja session this year: “Defending the Network” (together with Landi), “TCP Analysis: First Steps”, “Understanding the Wireshark TCP expert”, and the impromptu “TraceWrangler – Whats New” talk. The TraceWrangler talk was supposed to be a “Birds of a Feather” session where you sit together during lunch and talk about certain topics, but after talking to Janice she made it possible to have a “secret” (well, public announced at the morning introduction) session after all other sessions were over, where I could use a laptop and a projector to show the new features. There was some confusion about where the session was going to be, so if you missed it it was probably my fault.

The session slides and can be found at the Sharkfest retrospective page.

Final words: if you haven’t been to Sharkfest you should consider the join us at the next one. It is a conference like no other, and it usually has a limit of 300 attendees. The locations are amazing, since you’re not spending the time in some huge generic conference hotel but at locations carefully selected by Janice and her wonderful team that have their own positive vibe and provide all the energy you need to survive all the sharks coming at you 🙂