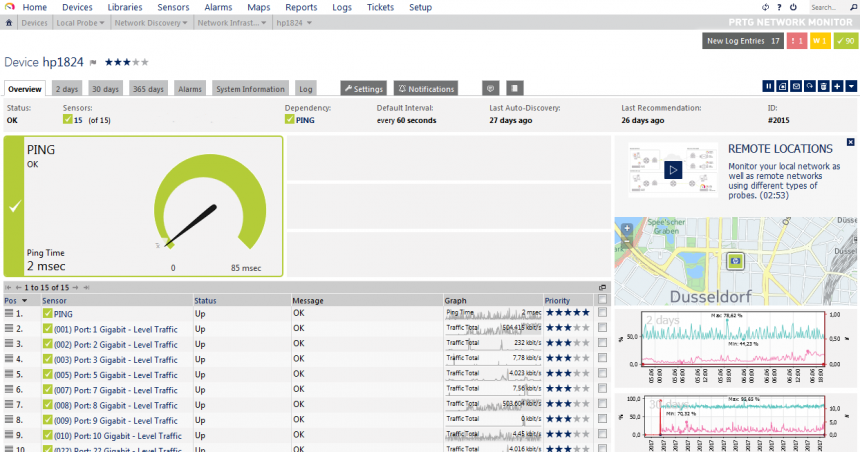 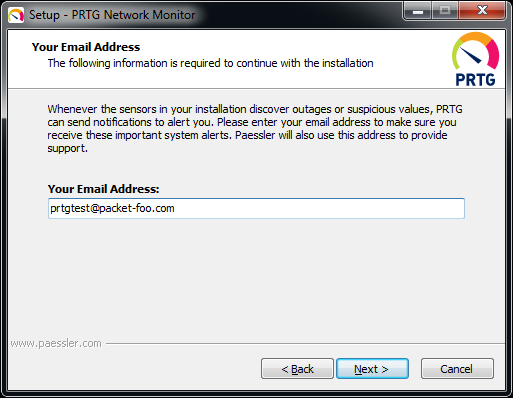 The email notifications are a good thing, of course – but during my tests I had to say that some of them are a bit annoying at times as well, because the PRTG installation will not only send you alerts, but also a lot of tips about how to setup PRTG. But for administrators less experienced with device monitoring they are probably quite helpful, so I won’t moan too much about the “tips SPAM” (and it gets much less frequent really fast – I haven’t received one in a while now) 🙂 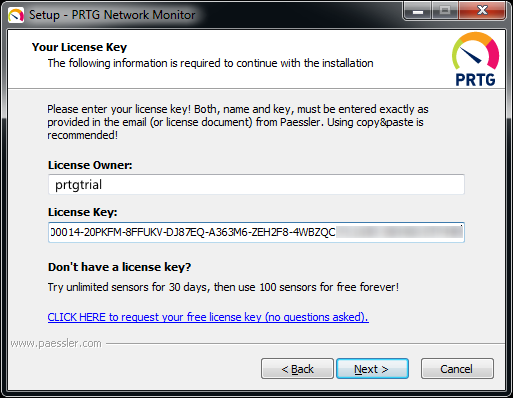 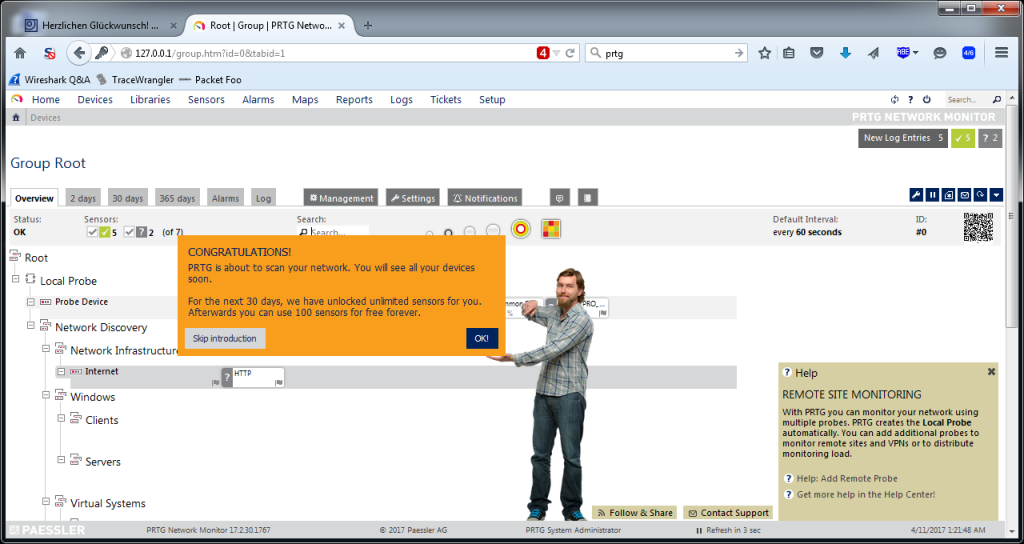 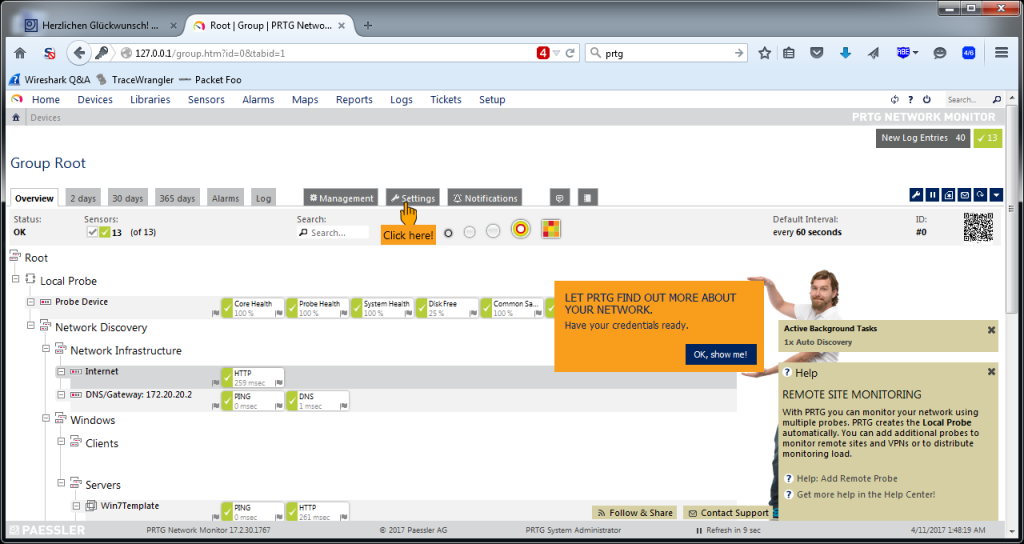 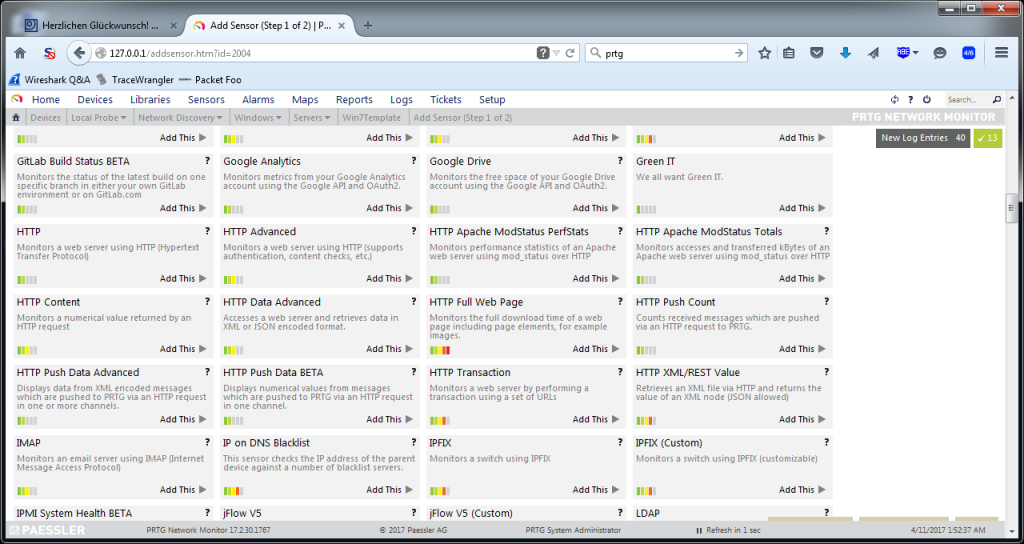 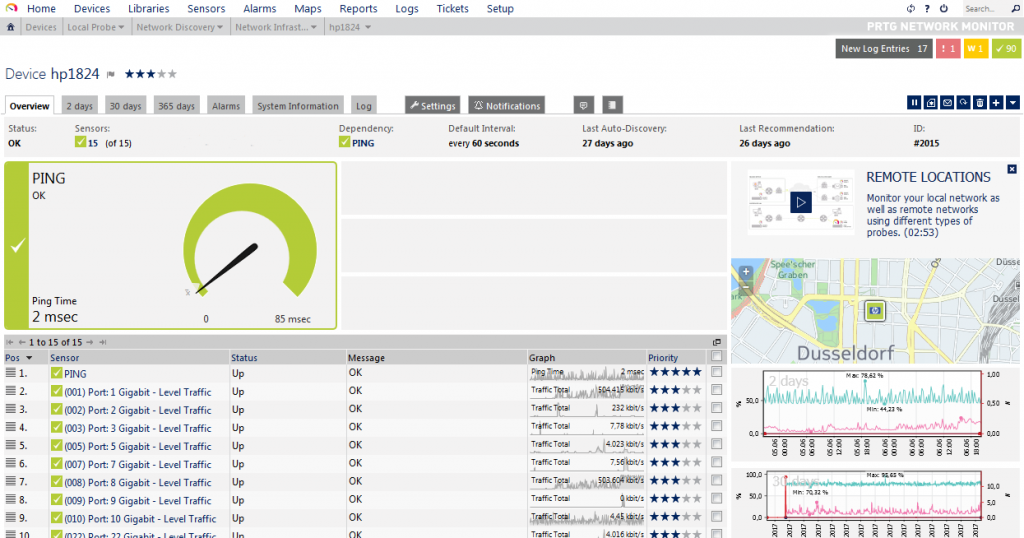 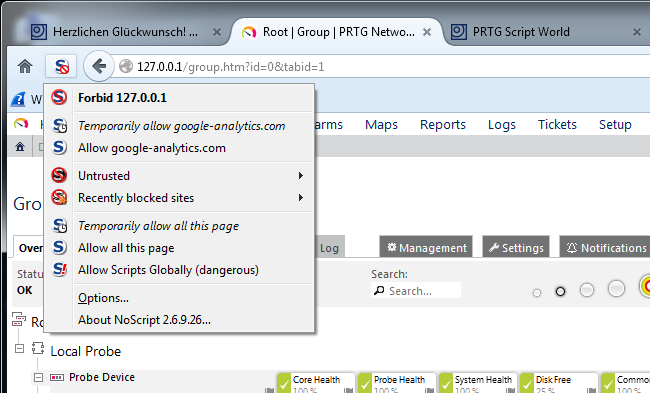 Now, I don’t know about you, but I will never allow Google Analytics to run scripts in my browser, which is why I had the blocked script warning. I wondered what that script could be good for on a web site that is by definition “internal only” from a security point of view. A monitoring system should only be available from within the network, never from outside – I even have been on customer sites where they even hang the TFT monitors on the wall in a way that no visitor can ever catch a glimpse of the current status. Which may be also caused by the fact that there seems to be no serious monitoring going on anywhere that hasn’t at least one red warning somewhere 🙂

Anyway, I opened the source code of the page to check what the script was about. Which doesn’t seem to work right away, because PRTG implements it’s own right-click menu – but the simple trick is to put “view-source:” in front of the URL, and you’re done. The first thing was that I had to laugh (not about the script, but the comment on top – well played, Paessler 🙂 ): 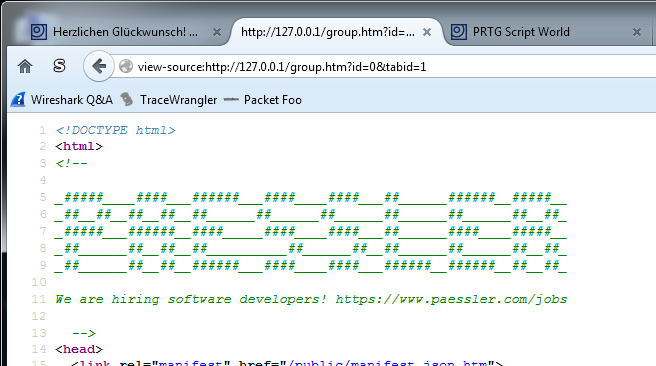 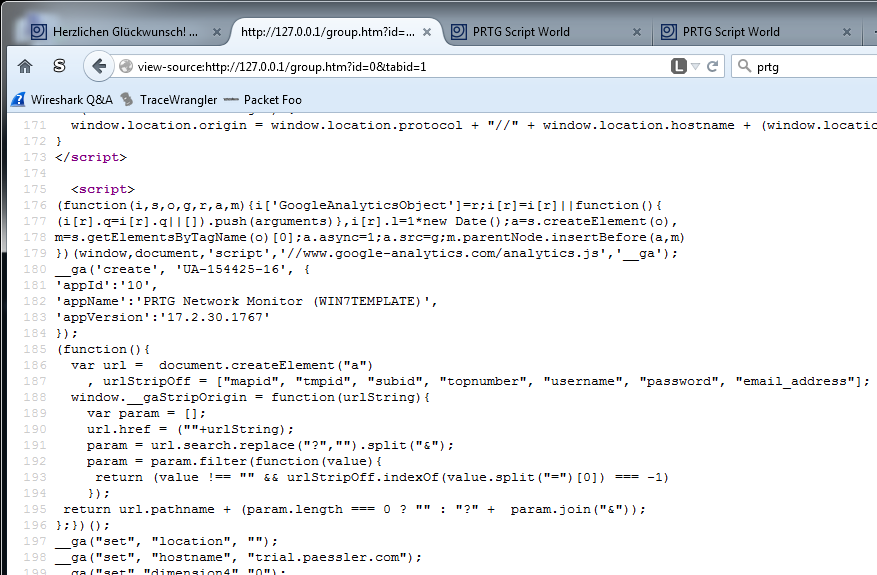 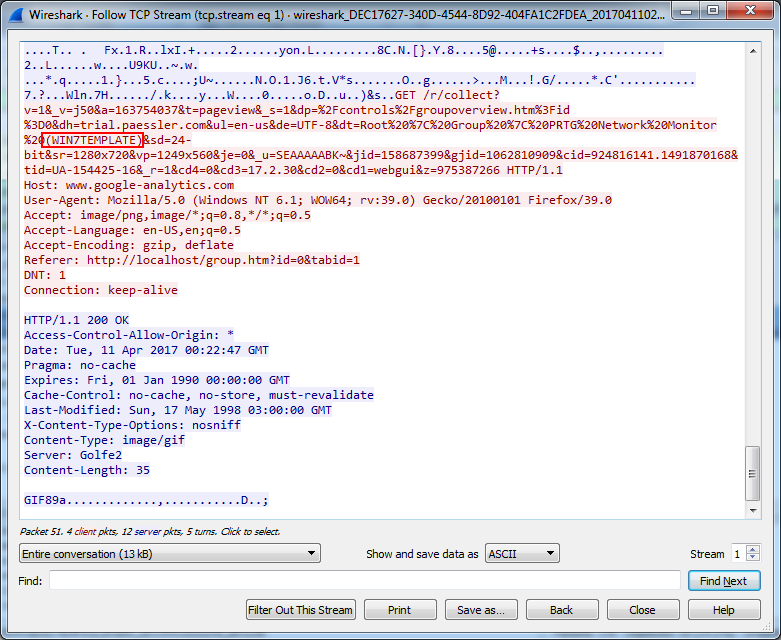